Affiliate disclosure: Some of the links on this page are affiliate links, which means I may receive a commission if you decide to buy a product or service I have recommended. But if you’d prefer I didn’t receive a commission, that’s cool too. Just Google the vendor’s site instead of using my link. 🙂

A time of optimism, a time for starting afresh.

For making new goals and resolutions.

And in the web development world, for looking at the landscape and deciding what we need to learn just to keep up.

Because let’s face it - web development is always changing, and if we aren’t constantly learning we’re falling behind. 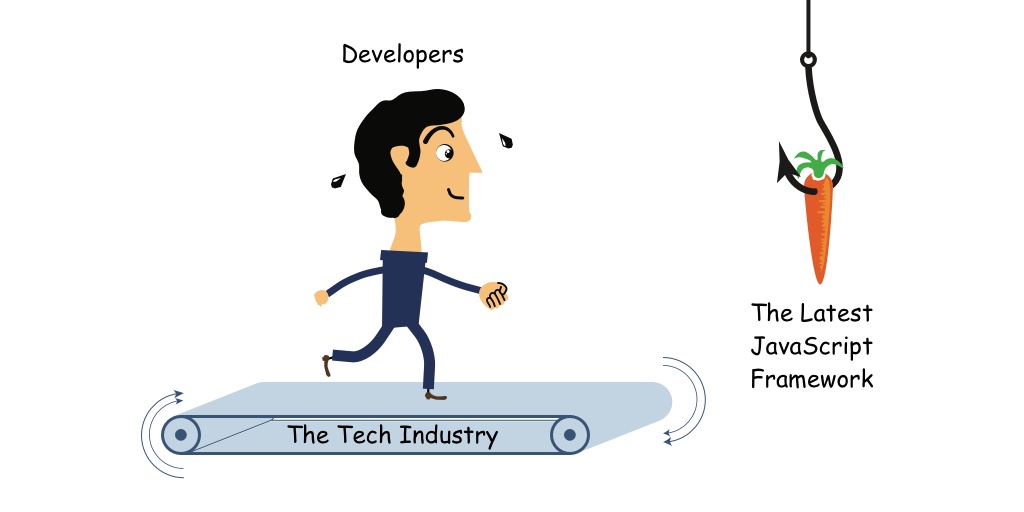 Deciding What To Learn

Because things are changing so fast, deciding what to focus on is key to not getting overwhelmed.

I’ve covered before how I decided what to learn, with a ‘3 mos’ framework of looking for Motivation, Momentum, and Money.

The barebones of the idea is looking for topics I’m excited to learn about, that will give me some momentum in future learning, and where I can either get paid to take it or there’s a clear market for the skill.

Below I apply that framework based on what I’m seeing right now in the web development ecosystem, and for each area I recommend I’ve rounded up some resources to help you get started.

TypeScript was one of the most surprising growth stories of 2018. The npm survey found an astonishing 46% of npm users are using TypeScript. It is now not only the default language for using Angular, but also a commonly used option in React and an increasingly used option for Vue.

It has been announced that Vue 3 is being written in TypeScript, and the creator of Node.js is working on a new node-like project that is TypeScript first.

Now that Babel supports TypeScript, chances are you won’t even need to change your build system.

So if you’ve been a holdout (like me, to be honest), 2019 is definitely the year to learn TypeScript.

It has momentum, there’s a rising number of jobs that require it, and it’s pretty clearly the way the JavaScript ecosystem is moving.

For many of you, React is old news, but I’m putting it high on the list again for two reasons.

First - it is still very definitely winning the ‘money’ and ‘momentum’ games. There are more jobs and contract gigs out there for React than anything else in the frontend world, so if you haven’t already picked it up, you definitely should.

Second - It keeps changing, and some new features (especially hooks, but also things like the context api) promise to completely change the way we write React code, so even if you’re already using React you should brush up on them.

Vue.js is my current favorite framework, the framework the most developers have said they wanted to learn in both the 2018 and 2017 State of JavaScript surveys, and only keeps getting better.

I already wrote a whole post on how to learn Vue, but I’ll quick link some of the resources from that post here for those who are interested.

CSS Grid has reached critical mass across browsers for almost any audience you might be trying to address, and is an amazing step forward from previous layout technologies.

If you’re still using heavy-weight grid frameworks from UI toolkits like Bootstrap or Foundation, you are falling behind. CSS Grid gives you more power with less markup and complexity.

The only barrier is learning. Which is the point of this post. So if you’re still a holdout, make this the year you learn CSS Grid.

GraphQL is one of the big up-and-coming things, and I think 2019 may be the year it really starts to hit the mainstream.

It has been getting a lot of buzz of course, especially in the react ecosystem, but npm’s data shows that buzz is also coming with extremely rapid usage growth.

I’m not sure how many jobs are yet requiring GraphQL, so this may not be an immediate money-maker, but from a motivation & momentum standpoint learning this now will put you in a very good position for the future.

Depending on your frontend framework:

Framework independent (but focused on backend)

There you have it. My top 5 recommended topics to learn about for frontend development in 2019.